Who is this dude Ray?

Ray’s Cottages was founded in 1956 by Ray and Eleanor McKnight.  They purchased a small piece of lake front property from a man by the name of Arthur Conley with the intention of providing a place for people to fish and stay.  With the help of family members they built a few cottages, then a few more doing upgrades and additions along the way.  In the 80’s they purchased another chunk of land to form the campground as it is today.  Ray was a friendly man who seemed to know everybody.  Eleanor was more no nonsense.  We are told they ran the campground in perfect balance.  Patrons who have been vacationing by the lake since the beginning refer to them as second parents.  They formed a family at the campground that matured over decades.

After Ray’s passing Eleanor continued to run the campground into her late 80’s when she passed the keys to her daughter Gail.  Gail and her husband Don continued the fishing camp tradition adding more transient and boat launch services as tourism grew.

Don and Gail met Nic as a boy of about 8 or 9.  He used to ride his bike down to the campground from his home on Gilead Road in July and August to spend summer days with their son and enjoy the lake.  When Nic and his wife Alexia purchased an excavation company in 2007 they reconnected using their company’s services to maintain and upgrade the campground.

Nic and Alexia have dreamed of owning a campground since before they were married.  With the rise in local property values they feared they would have to leave their long-term home and search else where to fulfill their dream.  In 2019 they made a conscience decision to scale back their excavation company and pursue something new.  In a twist of fate Don and Gail contacted them saying they were ready to sell the campground.  The purchase of Ray’s Cottages not only fulfills their dream but also brings the property back into the Conley name.  It was originally purchased from Nic’s great Uncle back in 1956. 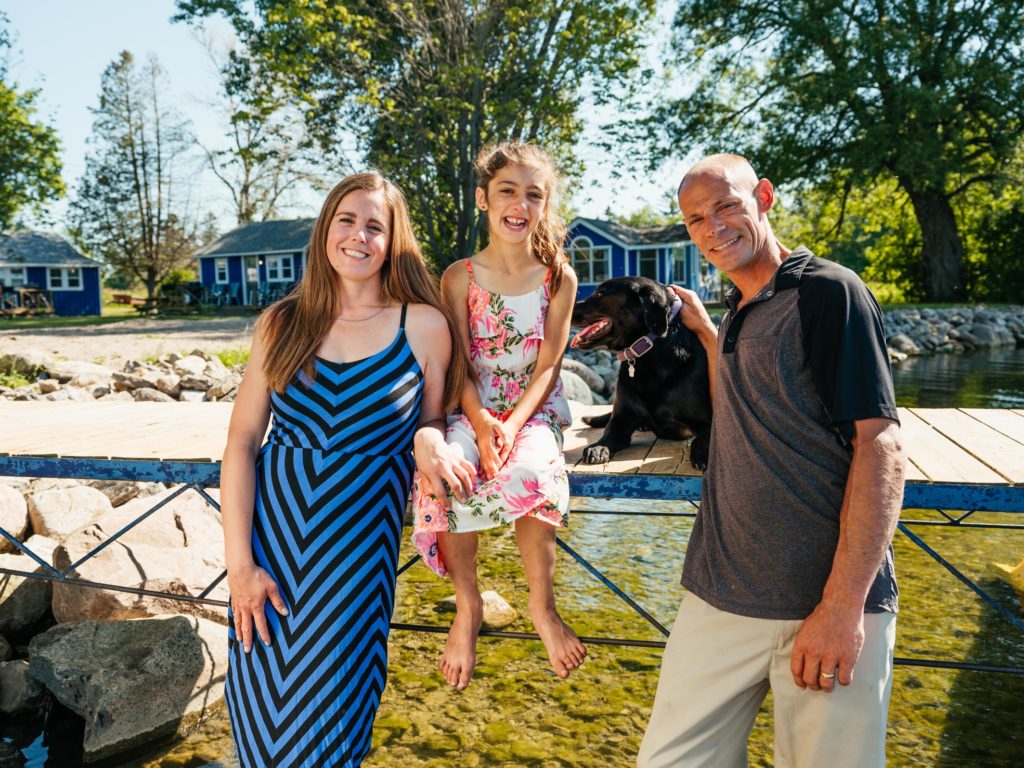 “We chose to keep the original name of the campground to honour its founders and history.  We want the campground to reflect how we spent our summers as kids in Wellington.  Playing, swimming and running free in a safe environment where our parents could let us stretch our wings and also enjoy themselves without worry.  The renovations we have completed are a start towards our vision with more to come in upcoming years.  As proven small business owners we look forward to growing our skills and making new friends.
Come see us and make memories by the lake.”